Office visit by appointment Only

Health insurance premiums are filed with and regulated by your state’s Department of Insurance.

Whether you buy from Blake Insurance Group LLC your local agent, or directly from the Health Insurance Company, you’ll pay the same monthly premium for the same plan.

The Affordable Care Act, or ACA, (Obamacare) is a law designed to help ensure that all Americans have access to Affordable Health Insurance. ACA plans can be sold on or off the health insurance exchange, so buying a policy in the individual market is now a realistic option for a lot more people

If you were unable to get affordable health insurance in the past, you may qualify for help to pay for your health care costs with one or both of the following:
1. A premium tax credit decreases your monthly premium.
2. Cost-sharing assistance lowers the amount you pay for various health care costs, including your deductible, coinsurance, and co-payments.

If you recently lost your job and your health insurance coverage due to the Coronavirus (COVID-19) or had a major life event such as marriage, relocation, or a new baby, you may qualify for a Special Enrollment Period.

You may also be eligible to financially qualify for both a premium tax credit and a cost-sharing reduction, to help reduce your health insurance premium and total out-of-pocket costs.
If you qualify, you have 60 days from the time of the event to make changes to your health plan, or browse the 2022 health plans and apply

If you need health coverage for you or your family, you can choose health plans like TriTerm Medical– Health insurance plans that last nearly 3 years. Coverage for preventive care, doctor visits, pharmacy, and more

Need coverage for a brief time? Standard Health insurance coverage to bridge the gap if you’re between jobs or need a short-term solution. plans can help you fill a gap in coverage from 1 month to just under a year.
You can also compare plans on a range of supplemental plans like dental insurance, vision insurance, accident insurance, student insurance, international travel insurance, and more

How Much Should You Spend On Health Insurance?

Health insurance helps pay for medical expenses. But it isn’t free. That’s why it’s important to know how much you can afford to spend on health insurance on an annual basis.

The first cost of health insurance is the premium. If you are the only person in your household and make less than $49,960 per year and don’t have health insurance through your employer, you may qualify for federal subsidies, like the premium tax credit to help you pay the monthly premium. (The income limit for subsidies is based on federal poverty guidelines and varies based on your state and household size.).

On the average national monthly health insurance cost for one person on a benchmark plan is around $465, or $199 with a subsidy. * Monthly premiums for ACA Marketplace plans vary by state and can be reduced by subsidies. $1,152 or $399 with subsidy for a family

When choosing a plan, it’s a good idea to think about your total health care costs, not just the bill (the “premium”) you pay to your insurance company every month.
Other amounts, sometimes called “out-of-pocket” costs, have a big impact on your total spending on health care– sometimes more than the premium itself. 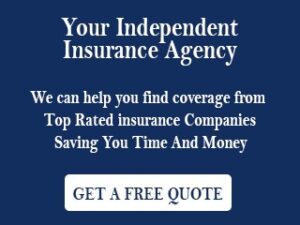 • Deductible: How much you have to spend for covered health services

As a result of the Affordable Care Act (ACA), people can purchase individual health insurance through a government exchange or marketplace (commonly referred to as ACA plans), or they can buy health insurance from private insurers.

For a particular health insurance plan, the cost of coverage is determined by a limited set of factors, which have been set by law. States can limit the degree to which these factors impact your rates– for instance, some states like California and New York don’t allow the cost of health insurance to differ based on tobacco use.
• Age: The health care cost per person covered by a policy will be set according to their age, with rates increasing as the individual gets older. Children up to the age of 14 will cost a flat rate to add to a health plan, but premiums typically increase annually beginning at age 15.

• Where you live: Health insurance companies determine the set of policies offered and the cost of coverage based on the state and county you live in. So a resident of Miami-Dade County in Florida, for instance, may pay cheaper rates for the same policy than a resident of Jackson County.

• Smoking/tobacco use: If you smoke, you can pay up to 50% higher rates for health insurance, though the maximum increase is determined by state.

• Number of people insured: The total cost of a health plan is set according to the number of people covered by it, as well as each person’s age and tobacco use. For example, a family of three, with two adults and a child, would pay a much higher monthly health insurance premium than an individual.